If all the complexities of writing fiction weren’t enough to make writing a novel take one- ten years to write, historical fiction writers have the added responsibility to readers to get the history right. 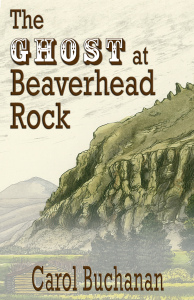 Or so I think. People who read my books tell me they like learning the history of the Montana Vigilantes from them. I don’t want to disappoint them.

Not everyone agrees with my view of the first phase of vigilante activity in Montana (1863-1865). But I support what I write, both fiction and nonfiction, with extensive research into the archives whenever possible. This research is ongoing. It doesn’t stop, and I don’t consciously ignore something because it doesn’t fit with the story I’m writing. For me, the fictional story has to fit the history.

This morning I decided to check my understanding of the controversy over the relationship between the Common Law and the mining districts’ demand for autonomy. I read the online Montana Post for December 10, 1864. Then I took another look at my notes on bills and acts passed by the first Territorial legislature. From those two combined, I arrived at a much more accurate insight into that controversy.

It’s a game-changer. I’ve been saying for months that The Ghost at Beaverhead Rock will be out this fall. That’s not possible now.

I’ll be revamping the plot outline, throwing out lots of pages in the current draft, and changing Dan Stark’s motivation for making a dangerous 80-mile journey from Virginia City to Bannack in one of the coldest winters on record for that area. (Articles in the Montana Post, diary entries, and letters mention cold so deep the mercury froze in thermometers. Mercury freezes at forty degrees below zero.)

While I hate to disappoint people who have been asking me when will the book be out, I would positively loathe putting out a book you can’t trust.

Mistakes are inevitable in any piece of writing, perhaps in historical fiction more than most, but I won’t let The Ghost at Beaverhead Rock go out knowing that an important part of the plot is wrong.

I will sell no book before its time.