I missed church a couple of weeks ago, so just this afternoon I thought I’d read the sermon for that Sunday on the church website.
I don’t know why I decided to do that at 1:15 p.m. on February 8, 2018, except that I’ve been struggling with how to write a simple mission statement for a turn I’ve made with my books. (The first book in that turn is Brother Joel Begs Forgiveness, which I brought out on January 5.) 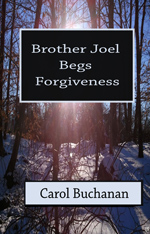 It’s not a very abrupt turn, more 45 degrees rather than 180, but it’s significant to me, to my writing, and to my readers.
You don’t need to follow the entire chain of thought that began last September, do you? Following it is too convoluted even for me, but the bottom line is this:
The greatest battlefields in this life are not those where armies clash by night on the dark plains, or squeeze nuclear triggers. It’s the battlefield in our heads, in our minds.
Because it’s there that the Enemy does battle with God for supremacy over our thinking.
Every decision we make is part of that battle. In our minds wars start. We decide to take revenge for a wrong we’ve suffered, and the Enemy, the Lord of the Flies, Beelzebub himself, cackles with glee. We decide to work at forgiving the wrong, and Beelzebub slinks off in defeat. Until the next decision.
The writer of the sermon I read put it so well: “The decisions you make are cosmic. For better or worse, they will affect and ripple through the generations that follow you. Your life is not yours alone. It belongs to God, those around you, those who follow you.”
My books have always been about people making decisions that risk their souls in order to save those around them. It’s how I see the Montana Vigilantes in 1863-1865, it’s how I see Joel Van Fleet (who becomes “Brother Joel”) and it’s how I regard Lou, the widow in Lou and Willy which I’m writing now.
If Lou had not decided in 1900 to leave the slums of St. Louis to homestead on the Milk River near Malta, Montana, her younger son would not have grown up to become my father. Very simply, without Lou’s decision, I would not be.
And you would not be reading this blog.
Cosmic decision, indeed, wouldn’t you agree?