De facto, I ended this blog about a year ago, but in the back of my mind, I thought I’d start it up again.
I’ve decided to discontinue it instead.
For the last few years I’ve been re-tooling as an author, pivoting more toward the early history of Montana. Spring semester 2021, I started teaching a class called “Becoming Montana” at Flathead Valley Community College. I’m teaching it again this semester (fall 2021), and I’ll teach it every semester from here on until I drop over.
As part of my “retooling,” I’ve studied current methods of storytelling, and I’m well into a new novel that incorporates some of those techniques. I find it exciting to write short – shorter sentences and fewer words. It’s slower, because it takes more time to write short than to write long.
If you’re interested in early Montana history: the Vigilantes, the Fur Trade, in short how ordinary people built this place into a state, subscribe to my email newsletter or enroll in my class. You can find links on the home page of this website. 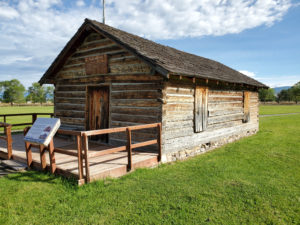