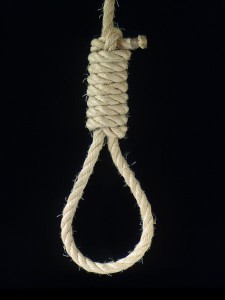 You may notice differences in the look and feel of this blog. It’s powered by WordPress and grafted onto my website, but the WordPress developers in their infinite wisdom, to keep themselves employed, decided to make significant changes in the way writers write our posts. I’m still learning how the heck this thing works. Nine months ago, when I wrote the last post, I knew how to use it. Now I’m back to square one.

Two major events caused this long hiatus. First, on May 30, I attended the Northwest Christian Writers Association “Renew” conference in Bellevue, Washington. My objective was to learn about the Christian market, because I felt a call to write in that vein.

At the conference I achieved that objective and much more.

I had an “information interview” with an agent who told me Christian Fiction, even historical fiction, was a “hard sell,” but, oh by the way, why not turn my project into a memoir?

I had never read a memoir on purpose. As an introverted stoic, I have a constitutional aversion to self-revelation. Still, I decided to explore the genre and see if what I had in mind would fit. I read everything I could get my paws on about how to write memoir, and, of course, memoirs themselves. (More about that in another post.)

The research used up June and half of July.

On July 17, a beautiful summer morning, I walked to work. About 3 blocks from the office I share with my husband, Sir Richard, I trucked through the leafy summer morning, happy to be alive. Next thing I knew, I peeled my face off the concrete. I had tripped on a piece of broken sidewalk hidden by dappled shade.

To spare you the tedious and gory details, I knocked out three front teeth and had a concussion. After 3 months consumed by oral surgery and different types of therapy to re-educate the brain and regain some balance, I could drive again. Then I began the lengthy process of regaining my independence. I walk about 2 miles now, on a treadmill because of Montana winter’s snow and ice, and do weight training to protect my aging bones.

What about the memoir research? I continued it, but I’m not really interested in writing about myself.

The new book went on shape-shifting in my mind through 40 false starts.

Now, on number 41, I can see the final shape of the new book. I’m calling it Tribulation Way:

A young widow escapes the slums of St. Louis in 1900 to forge a new life for her two young sons and her feeble younger brother by homesteading in Eastern Montana, near the town of Malta, Montana. Her name was Frances Marion French, but her family called her Lou.

She was my grandmother.