We need our fathers and grandfathers, our brothers, our sons — in short, we need our men because they are not like us women. They have admirable qualities we don’t, and yes, they have less admirable ones, too. But so do we.

We are all in this human condition thing together.

Most of the time, that is.

Sometimes women are forced to do without the men they depended on.

I’ve heard hair-raising stories of Montana women’s courage from their descendants, their grandsons and granddaughters, about the astonishing courage of their grandmothers.

Elizabeth Ledford Williams, for example, married James Williams, the Executive Officer of the Montana Vigilantes. They had seven children. Driven to despair, probably by his inability to save the cattle starving by the thousands during the dreadful winter of 1886-1887, Williams committed suicide. We’ll never know how much he may have suffered from what we now call PTSD, brought on by the actions he and the other Vigilantes took during the winter of 1863-1864. But they made the region safe for the law-abiding.

His widow carried on, running the ranch with the help of her children. She also taught school to help pay the bills.

One of her great-granddaughters told me that her grandfather, Elizabeth’s youngest child, said, “It was a good thing there was fish in the river, or we would have starved.”

Another descendant, a great-great grandson, wrote, “The courage of Elizabeth is unimaginable.” 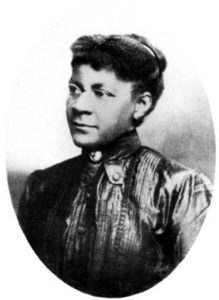